Fingal County Council has taken another positive step in its efforts to reduce its energy consumption by awarding its first-ever Energy Performance Contract to deliver significant energy efficiency upgrades for the Civic Offices in Blanchardstown and County Hall in Swords.

Lawler Sustainability, which has a multi-disciplinary team of highly qualified Building Services and Green Energy Engineers, has been awarded a €1 million contract to design, install and maintain a suite of energy efficiency measures.

The primary measures for both buildings include the installation of a solar photovoltaic (PV) system and full upgrades of the lighting, boiler, air handling and building management systems.

The contract, which is for nine years, will create total energy savings of 1.3GWhs per annum which represents 37% of total energy consumption at present.

Fingal has already delivered energy reductions of 39%, beating its initial target of reducing energy consumption of 33% in the decade to 2020. This has also seen them manage to achieve ISO 50001 Energy Management Certification for its energy management systems. The Council is now tasked, under its Climate Change Action Plan, with reducing its 2009 energy consumption levels by 50% by 2030.

This contract is one of four similar energy performance contracts that Codema has facilitated on behalf of the Dublin Local Authorities in the past five years.

The Deputy Mayor of Fingal, Cllr Daniel Whooley, said: “This project will play an important role in achieving the climate and energy efficiency targets set out in Fingal County Council’s Climate Change Action Plan 2019 -2024. It will act as an exemplar for other public bodies across Ireland, as well as for businesses in Fingal who want to become more sustainable.”

AnnMarie Farrelly, Chief Executive of Fingal County Council, said: “This is a natural next step for us in our efforts to lead the way in terms of Climate Change Action within Fingal.  With the help of Codema, we have already met our energy consumption to 2020 and are firmly focused on meeting our 2030 target. The team from Lawler Sustainability have a big role to play in helping us achieve major reductions in energy consumption and CO2 emissions.”

Daniel Ring, Managing Director of Lawler Sustainability said: “We have experience of successfully working with other local authorities on energy performance and will be implementing a model that has a proven track record which maximises environmental impact while simultaneously generating commercial savings.”

Joe Hayden, Senior Executive Engineer with Codema, said: “The Energy Performance Contract model is very successful and is well-established in countries such as Germany, Austria and the Czech  Republic, so it is great to see it continuing to strengthen its foothold in Ireland.  Energy Performance Contracts not only provides the Council with the security of guaranteed energy savings, it also saves on the cost of maintaining these upgrades over the lifetime of the contract.” 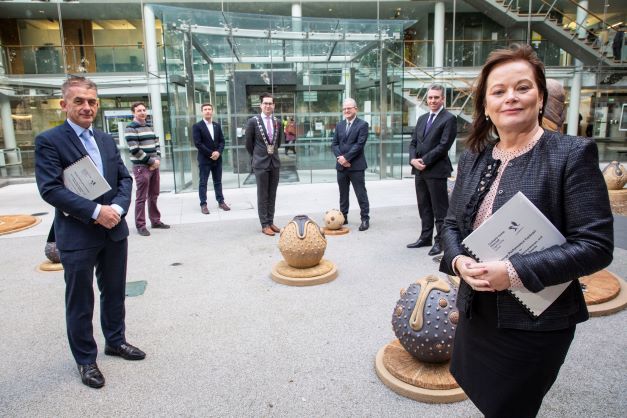