People-power triumphed at the Ace Awards, as community-based projects took the top prize in three specific categories to recognise achievements in renewable and sustainable energy across Europe.

The awards, which took place on the 28th November at a prestigious ceremony in Arnhem, the Netherlands, celebrated successes in the categories of Energy Neutral Village, Community-Based Renewable Energy and Energy-Smart Municipalities.

Interestingly, all three category winners were from the United Kingdom, indicating that the region may be emerging as a leader in community-based energy projects.

The winner of the Energy Neutral Village category was Hook Norton Low Carbon Ltd in Oxfordshire. Hook Norton maximises the commitment of local residents in creating a zero-carbon community and includes initiatives such as the installation of energy-efficiency measures in residential and community buildings, a community bio-fuel supply, local renewable energy generation and a low-carbon car club.  The project was commended for its innovative approach to financing the project by investing the initial grant funding to generate a long-term sustainable revenue stream to fund future sustainable projects.

Resilient Energy Great Dunkilns took the top prize in the Community-Based Renewable Energy category.  The project, which is based in the Forest of Dean, Gloucestershire, is the UK’s first crowd-funded project that enables profits from renewable energy investments to be put back in to the local community.  The 500 kilowatt wind turbine powers over 300 homes in the community and in addition to the returns from the electricity generated, the landowner receives free electricity enabling further investment in the local farm and a share of the profits are reinvested to fund further Resilient Energy projects within the region.

The UK also received an award in the Energy Smart Municipalities category for the EcoBicester project in Cherwell District Council.  EcoBicester adopts a dual approach of building the UK’s first Eco Town alongside a range of complementary energy-efficiency programmes.  The new EcoTown will include a large-scale development of 6,000 homes, along with a mix of energy efficiency upgrades and renewable technologies for the local school, leisure centre, community centre and town hall.

The Ace Awards were attended by 80 of Europe’s leading experts in the field of sustainable energy, including community organisations, local energy agencies, government representatives and universities.
The ceremony was held as part of the Ace project which is funded through the INTERREG IVB NWE programme.

Speaking at the awards, Mr Ruut Louwers, Programme Director of INTERREG IVB, said: “ACE is all about the uptake of renewable and sustainable energy in local communities. What we have seen here today sends a clear message that people power teaming up with a bit of European money is a formidable force in implementing sustainable energy projects and in getting local achievements recognised at an international level.”

Gerry Wardell, Director of Codema and Chairperson of the Ace Awards said: “I would like to commend the three category winners and indeed all of the shortlisted nominees who attended today’s ceremony.  All of the finalists are sure to inspire local communities across North-West Europe and show that replication of these projects is both achievable and beneficial on a social and environmental level.” 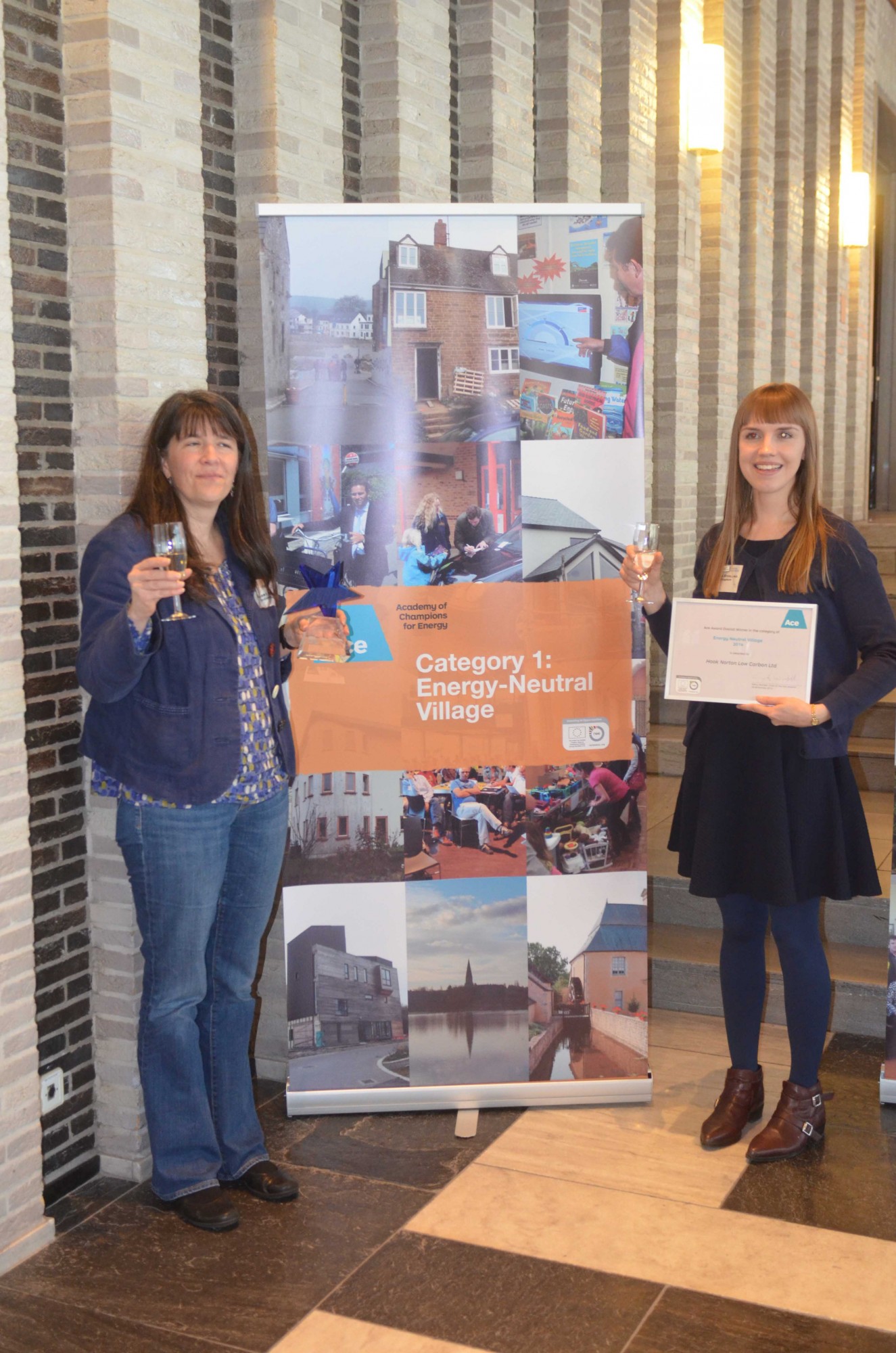