We are delighted to announce that the Think Energy campaign has been announced as a finalist at the LAMA Community & Council Awards 2015.

The campaign is shortlisted in the 'Best Energy Smart Initiative by a Local Authority' category and the overall winners will be revealed at an awards ceremony in the Crowne Plaza Hotel, Santry, on 24th January.

Think Energy was a pioneering campaign to inform and inspire staff in Dublin City Council’s Civic Offices to become more energy-efficient by understanding more about the building that they work in and learning how their own behaviour can play a significant role in reducing the overall energy demand of the building.

It demonstrated many smart approaches in its implementation, including the development of the Think Energy hub which was the first-of-its kind to be applied to a local authority in Ireland.

Codema worked with a dedicated team in Dublin City Council to implement a variety of engaging activities to involve staff throughout the year, such as Hallowe'en posters, a Christmas colouring competition for staff of the children, an energy-themed easter egg 'hunt' and the organisation of two energy days to celebrate the one-year anniversary of the campaign.

The recruitment of staff members as Think Energy ambassadors was also a very distinctive yet essential element of the campaign; the role required ambassadors to become a point of contact between their colleagues and the Think Energy team on matters relating to energy consumption and highlighting problem areas specific to the building.

Ambassadors received free training on how to reduce energy consumption at home and at work so that they could inspire colleagues to become more energy-efficient and to become actively involved in the campaign.  Uniquely, the Think Energy campaign allowed ambassadors to have a voice in the campaign in terms of its design and implementation along the way.

Well done to all the Think Energy team in Dublin City Council for all their hard work and fingers crossed for the 24th! 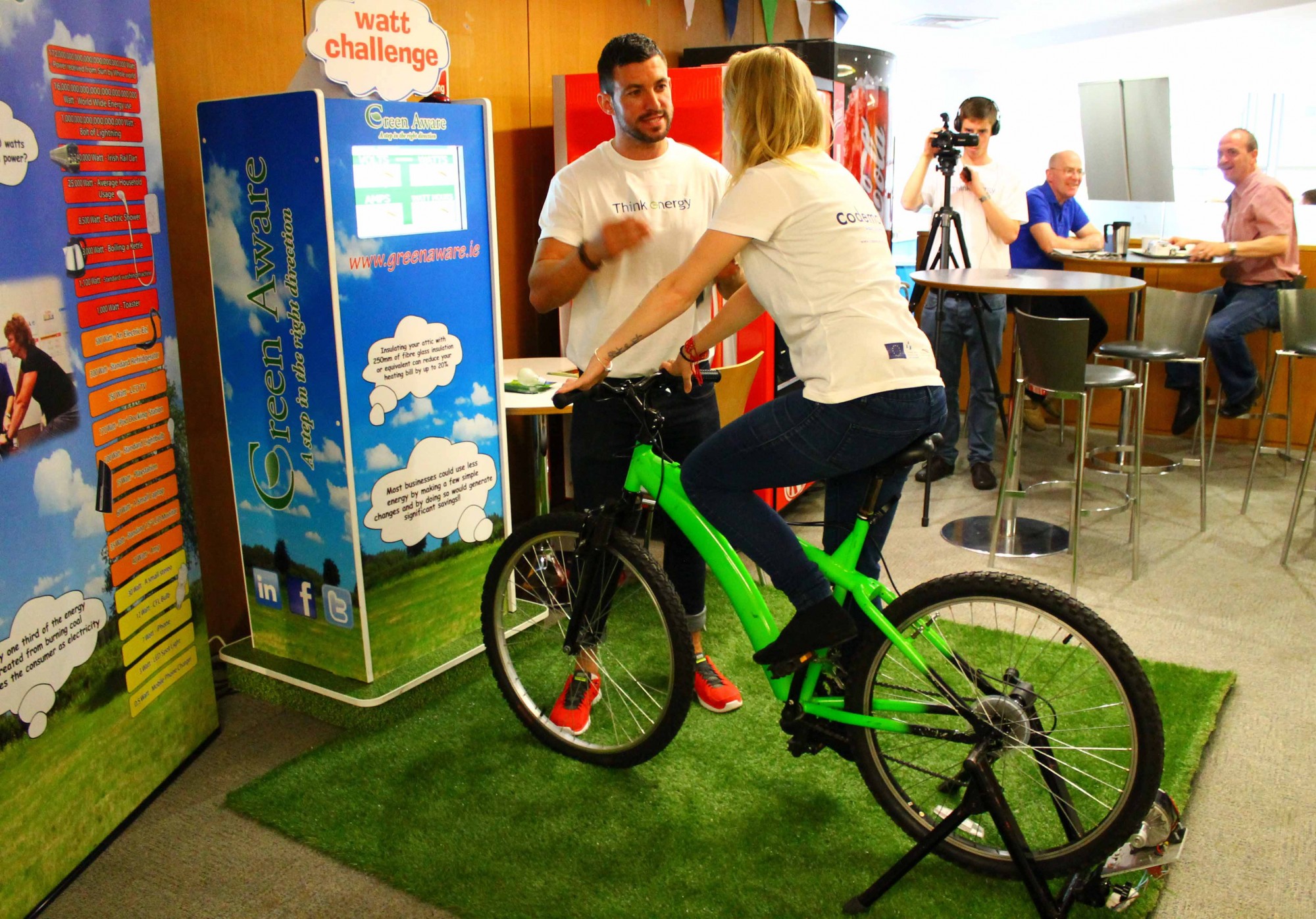