Most Areas Suitable for District Heating

Codema's recent study has found that there is huge potential for the roll-out of district heating in the city, with over 75% of the areas analysed deemed suitable for this type of heating system. The Dublin City Spatial Energy Demand Analysis is the first time that such a detailed study has been carried out on the potential for district heating for the city, which involves the delivery of heat to numerous buildings across the city via a pipe network from large, highly-efficient renewable or sustainably-fuelled heat plants.

The report found over 140 small areas with very high heat densities suitable for a district heating network, all of which are located within 2.5 kilometres of the city centre.  It also identified potential waste heat sources which could feed low-cost heat into a district heating network, thereby reducing heating costs and increasing efficiencies. The heat demand density is highest in areas where there is high commercial activity but there are also many residential areas in the city that are deemed very suitable for district heating schemes. 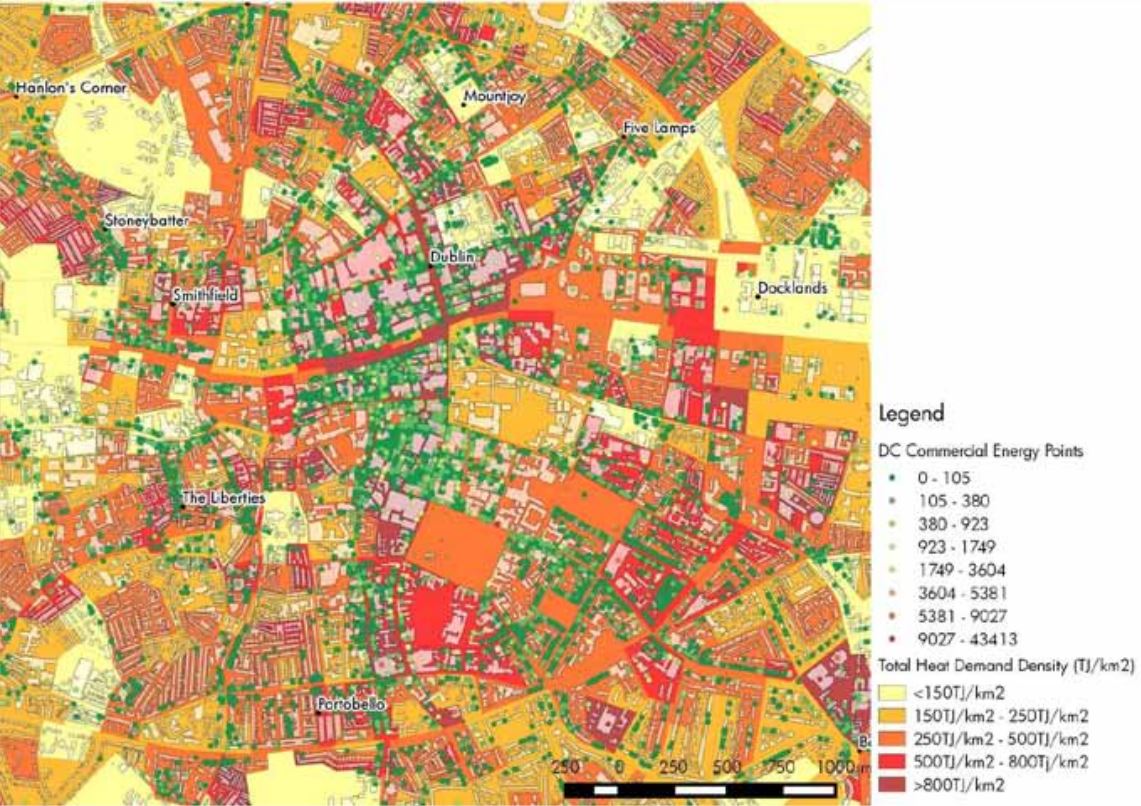 Author of the report and Strategic Sustainable Energy Planner with Codema, Donna Gartland, explained the benefits of introducing such a heating system in residential areas:

Along with district heating, the report also analysed the potential for incorporating renewable energy sources such as geothermal, wind and solar energy in the city.  It also calculated the total cost of energy use in Dublin city buildings every year, which amounts to €657 million.

The Dublin City Spatial Energy Demand Analysis is the first city-wide study of its kind to be carried out in Ireland.  It aims to connect traditional city planning with effective strategies for sustainable energy so that specific areas can be targeted and the use of renewable energy sources in the city can be assessed.