Codema’s Energy Stand a huge hit in the Square

There was a great reaction to Codema's energy stand in the Square Tallaght which took place on Friday, 24th April as part of South Dublin County Council's Eco Week.

We teamed up with Green Aware to run the Watt Challenge where participants could have a go on the energy bikes to see how many watts they were generating and how this was comparable to typical household appliances. 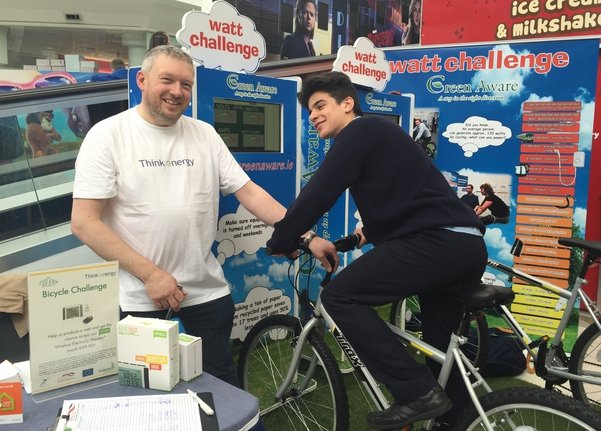 Two home energy monitors were up for grabs for the male and female who produced the amount energy.  The male winner was Hamnen Hashem from Fortunestown who smashed the Watt Challenge record by generating an impressive 320 watts, which is just over the amount of energy that is needed to power a standard refrigerator.  The female winner was Amy Peggs from Tallaght who generated a very respectable 207 watts, which is roughly the amount of energy required to power an electric blanket. 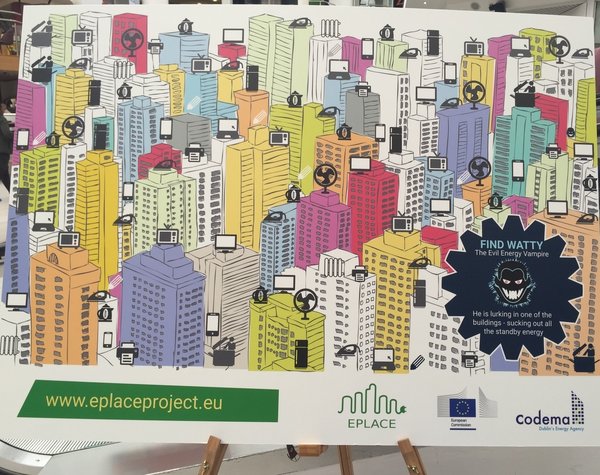 Altogether, participants generated a total of 6,325 watts and the average figure produced by participants was 204 watts, which is just over the amount of energy needed to power a Playstation!

We also provided a range of informative energy saving material, including our 'Where's Watty' poster where you could try and spot our evil energy vampire who is sucking out all the standby energy!