We were delighted and extremely proud to celebrate Codema's 20th year in business this week. Codema has been operating as Dublin's energy agency since 1997, when we were set up by what is now known as Dublin City Council.

Codema was one of 14 local energy agencies set up around Ireland to help local authorities meet their energy performance targets through professional development and implementation of good and best practice.

Commenting on our milestone anniversary this week, Codema's Director Gerry Wardell said: "I am absoutely thrilled to be marking such a milestone in Codema's history.  When we were initially set up back in 1997, we operated with a staff of just two people working from cardboard desks, which were later recycled obviously!  It's been a very busy 20 years and I would like to thank the four Dublin local authorities for their invaluable support during this time.  We have great team of 11 staff now who are dedicated to working with the local authorities to make the Dublin city and county regions a more sustainable and energy-efficient place to work, live and do business."

See our infographic below for key highlights of our work over the past 20 years: 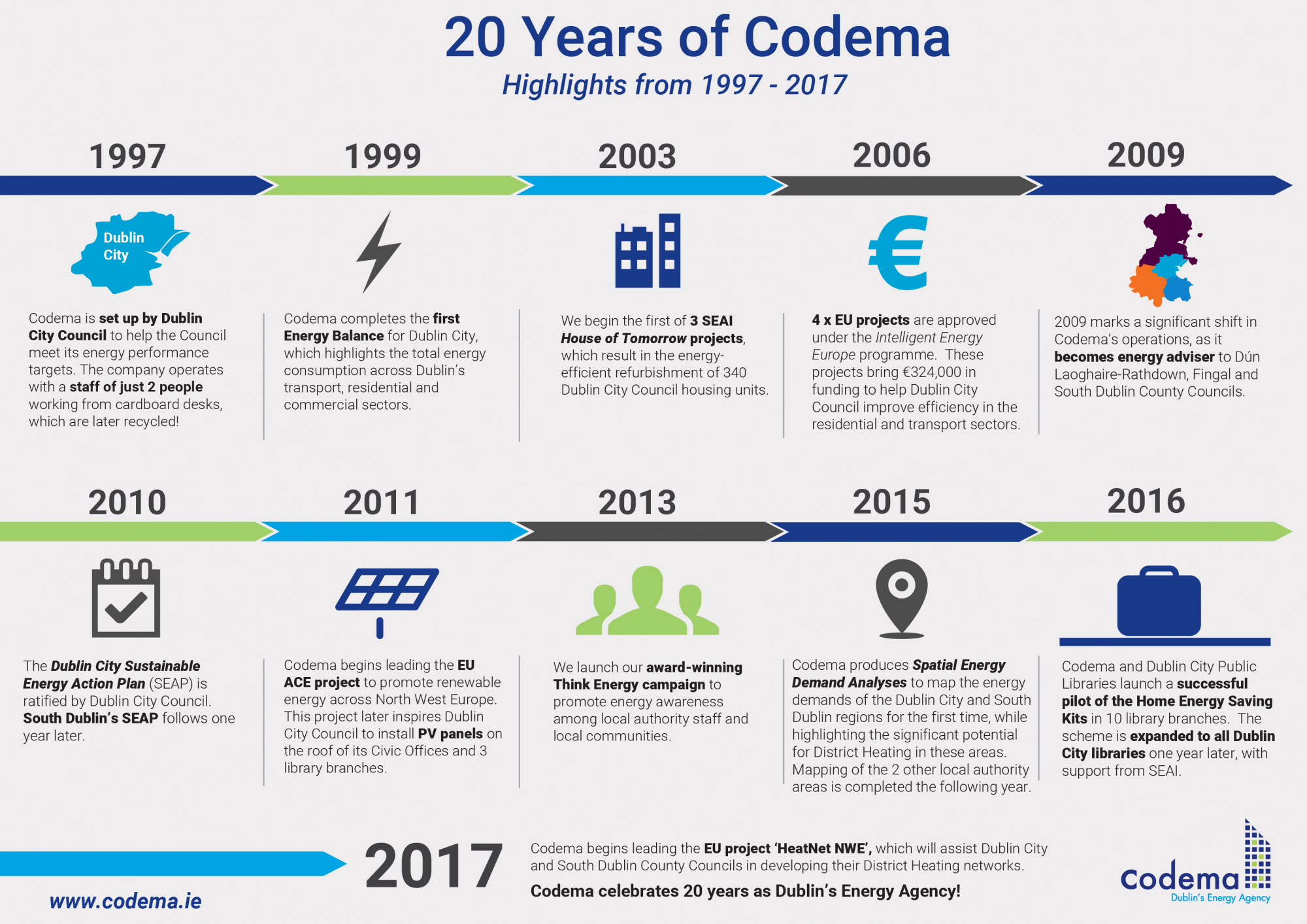