Dublin City Council and Codema launched the 5Cube at Hanover Quay in Dublin’s Docklands on Friday, 19th June. This new landmark is a physical interpretation of how much oil Ireland is consuming every five minutes and is the first installation of its kind to send a powerful message about the country’s dependency on fossil fuels and the need to switch to renewable energy sources.

The 5Cube is constructed from durable black glass and features rooftop solar photovoltaic panels which power an information screen and an LED illumination. The 5Cube also features a giant kaleidoscope on one side and a periscope on the other, both of which show the reflection of the sky as a constant reminder of our ever-changing weather which delivers renewable sources like solar and wind energy.

The 5 Cube was selected as the winning design following a public competition in 2013 by Dublin City Council for a smart energy feature in the city centre as part of the council’s involvement in the INTERREG IVB NWE Ace project, which Codema is leading.

Representing the Lord Mayor of Dublin, Cllr Naoise Ó Muirí, who was part of the jury panel that selected the winning design feature, said: “From an environmental perspective, we need a striking presence like the 5Cube to develop Dublin as a clean, green and sustainable city. The water table in Dublin is already rising so we can no longer afford to ignore how our energy is generated and how this contributes to global warming. We should look to renewable sources like solar, wind and biomass as cleaner and more cost-efficient way of powering our homes and workplaces.”

The 5Cube was designed by architect Declan Scullion of de Siún Scullion Architects, who explained the concept behind the installation at the launch: “We wanted to bring home to people just how much fossil fuel we are using and how quickly it is being consumed. We first calculated the volume of oil used in Ireland per day, and then broke that down into five minutes worth of oil consumption. This relates to 473 barrels, or a 4.2 metre cubic volume. The hope is that the visual impact and scale of the 5Cube will have more impact than the statistics alone.”

Ali Grehan, City Architect, Dublin City Council, added: “Through the Ace project, Dublin City Council and Codema are promoting renewable energy to Dubliners. The installation of the 5Cube complements a wider energy awareness campaign that Codema is currently rolling out in Dublin City Public Libraries, along with the creation of a dedicated renewable energy hub in Kevin Street Library when it reopens next year. These activities are moving us one step closer to achieving the national target of 16% of our total energy to come from renewable sources by 2020, an ambitious but possible goal.” 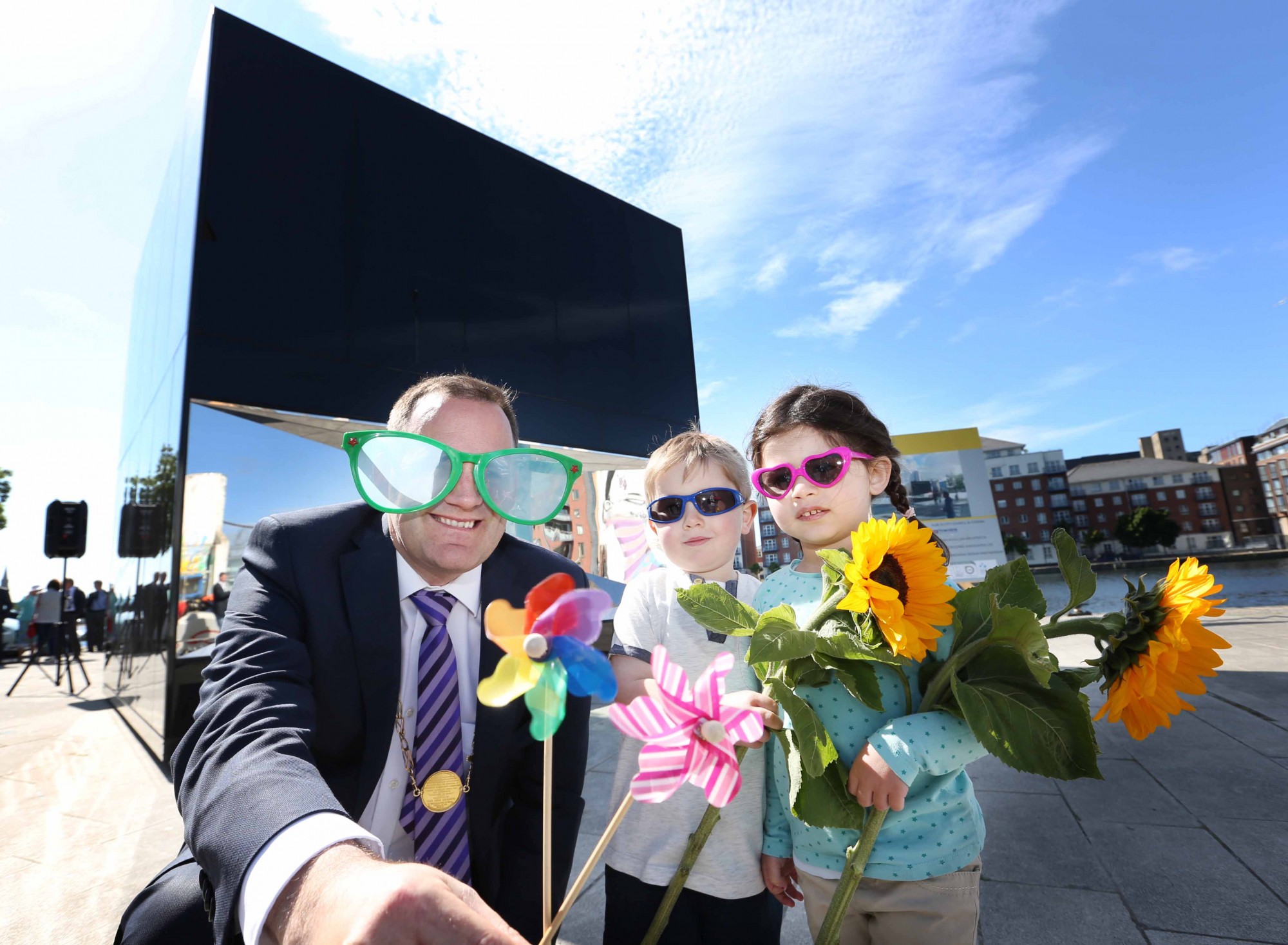